Consequently, as part of its Fit for 55 package, the European Commission proposed to amend the EU Emission Trading System Directive (2003/87.EC) in order to include emissions from ships. To ensure a smooth transition, a "phase in" period is introduced during which shipping companies would have to surrender allowances for a portion of their verification emissions, gradually rising from 20% in the first year to reach 100% in the fourth year. 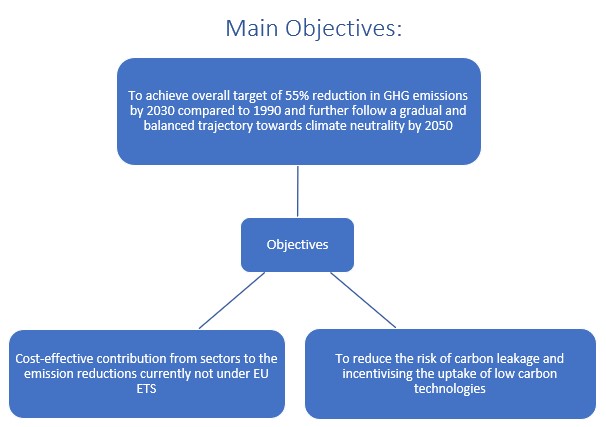 Members of the European Parliament have voted to extend the scope of the EU Emissions Trading Scheme to the shipping industry and trialogue negotiations to finalize ETS reforms are on-going.


The emissions for which allowances must be surrendered will be calculated based on the following rules :
From 2027, the vessels above 400GT might be covered, possibly including ships performing service activities for offshore installations and the types of emissions covered will also expand under the proposals to include more greenhouse gas emissions like CH4 and NOX.

An ocean fund will be created to support Europe’s maritime sector in its decarbonization using 75% of the generated revenue from the auction of maritime emissions allowances.

Carbon leakage linked to re-routing and evasive port calls present a hurdle in maintaining transparency in reporting. To combat this, the commission needs to set up a monitoring scheme and propose measures.

Failing to comply with the requirements of the directive will lead to bad publicity, penalty, obligation, and consequent expulsion order.

The rules proposed by the EU in terms of Required allowances that have been applied to the yearly emissions reported for the years 2018, 2019, and 2020 are available from EMSA THETIS MRV. The following conclusions have been reached regarding the quantity of EU Allowances (EUAs) required (assuming a surrendering rate of 100% of verified emissions):
As per scope till 2026, 2020 emissions data suggest the financial impact on the shipping sector would be 8.4 billion euros.